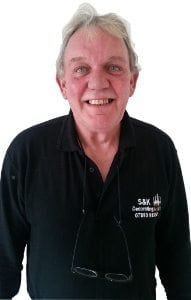 S&K Contractors is a Torbay based general building contractor comprising of experienced, locally sourced tradesmen. S&K Contractors is headed by Steve Isaacs who alone has over 30 years experience in the industry. During his extensive career, Steve has worked within all areas and sectors of the industry from residential to commercial projects and exhibitions.

Steve entered the industry through his father’s family run business as a second generation painter and decorator back in the 70s. Alongside his brother, Steve trained under his father working on a range of commercial and residential decorating projects over a period of around 5 years.

Steve then moved on to work for some larger shop fitting and pub fitting companies. Here he began to branch out and increase his knowledge and skills in other areas of the industry as well as continue to be involved in provided the decorative finishing to complete installations. 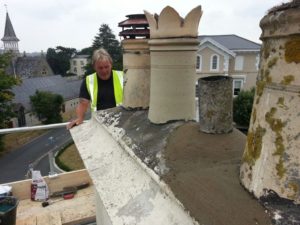 From there Steve moved on to another company specialising in textured wall coatings. Here he spent 10 years under the company perfecting his craft, mainly working on the exterior of the building and spray painting projects.

Steve later began working as an exhibitionist for a small number of companies over the course of 15 years. Traveling across the UK, London and abroad to prepare, erect and apply finishes to exhibition stands for big events. In between these projects Steve worked for a roofing company based in the South West, and carried out a large range of roofing works, as well as undertaking some residential decorating across the Torbay and surrounding areas.

Having now been based in Torbay and Brixham for the past 15-16 years, Steve has become well known amongst locals in the area. Deciding to step away from the heavy traveling and keep things local, Steve decided to setup S&K Decorating using the same name he previously used as a decorator. But with the success of the business, and due to the name not being representative of the full range of services offered by S&K, a re-branding was in order and thus S&K Contractors was born.

S&K Contractors is built upon quality through experience in the trade. The aim being to provide quality roofing, general building and decorating services at affordable rates to the local community.

You can see a small sample of our work on our portfolio page. Get a Free survey and quotation by filling out our short get a quote form, or feel free to get in touch for further information or advice.

S&K Contractors are based in Torbay, and provide a wide range of roofing, building, painting and decorating services across Brixham, Paignton, Torquay, Newton Abbot, Totnes, Dartmouth, Exeter and Plymouth.

With 30+ Years experience, get in touch for a professional and friendly service, from a trusted, local contractor.

Get a Free quote